We are experts in the development and implementation of custom software, and the implementation and extension of world-class packages, such as SAP and JD Edwards.

Your partner throughout your digital transformation.

TGV has more than 25 years of experience providing solution for the biggest IT projects deployed in Argentina, Latin America, the United States, Europe, Asia, and Africa.
We offer knowledge and mastery of technologies, as we accompany our clients in the adoption of timely and appropriate digital solutions for each business.
We have forged lasting relationships with our clients with the support of our multidisciplinary team of more than 300 trained professionals. From leading private companies to government entities, our clients have come to expect quality, innovation, and TGV’s adaptability to their needs.

TGV was founded based on three pillars: a passion for what we do; an absolute commitment to our customers’ success; and, the vocation to deliver the highest quality service. Every day, our multidisciplinary teams of technological experts face the challenges of growth, as they strive to develop technically innovative solutions aligned with the needs of our customers.

"As co-founder of TGV, I participated in multiple local and international projects of the many leading companies that put their trust in us. Before, I worked at Coritel and Fabricaciones Militares. As director of TGV, my focus is to strengthen the practices [by which our clients perceive us as technological partners] and to ensure our collaborators feel engaged and empowered within TGV's working environment."

"In 1992, we founded TGV; I led projects in companies such as Telecom, Banco Santander Rio, United Nations and the International Criminal Court in The Hague. Before that, I worked for six years as a Manager at Coritel, a technology company of Andersen Consulting, in Argentina. From 1982 to 1986, I was Head of Systems of the subsidiary of Schering AG in Holland/the Netherlands. I studied computer science in Amsterdam, where I also taught Basic Programming for the city's municipality."

"We founded TGV in 1992. While doing my coursework for my degree in Mathematics, I discovered a fascinating world. With great conviction, I took a radical turn in my studies, and I graduated as a scientific designer from the UNLP. My computer experience started with an internship at Pirelli. Two years later, I led various projects for Proceda, a company of the Bunge & Born group. Over the next eight years, I formed part of a team of managers at Coritel, an Andersen Consulting company."

"I joined TGV in May 1992. Since 2001, I have been the director in charge of the SAP Business Unit, boosting the growth of the client portfolio in Argentina, in collaboration with the Mexico and USA offices. Before that, I worked at Coritel (now Accenture) and IBM Argentina in the development area. I am a Systems Analyst with a degree in Operational Research from the Catholic University of Argentina."

"I oversee the strategy and management of the Oracle business unit. I handle all national and international projects involving consulting and implementation of Oracle applications. My focus is on strengthening practices in current and potential clients, and creating the best work environment for our team. Before joining TGV, I worked as a systems manager in consumer goods companies."

"With a degree in systems from CAECE, and extensive banking experience and credit cards, I first joined TGV in 2008, as head of the Financial Services Operative Unit. From the start, my goal has been to strengthen our operations in leading financial institutions, providing comprehensive solutions that ensure our position as our clients' technological partners of choice."

"At TGV, I've had the opportunity to work under the different profiles of the career plan. Today I lead the Web Business Solutions unit. In my previous positions, I participated in numerous projects of different sizes, both in Argentina and in other Latin American countries. I am a professional who likes challenges. I am passionate about getting things done well, customer satisfaction, and leading a focused and motivated work team." 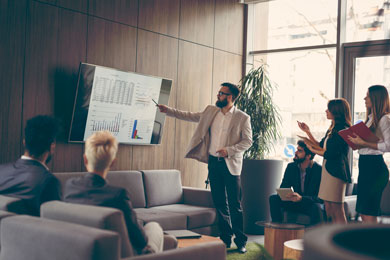 To be our clients' main technological partner, offering knowledge and innovation in the digital transformation of their business processes. 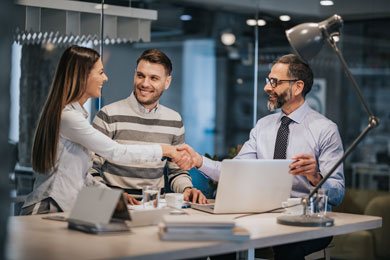 To be recognized by global markets as a world-class IT consultancy. 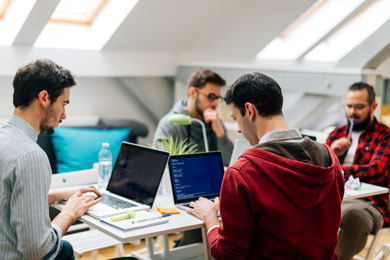 Associative approach toward the client: Being technological partners allows us to work in partnership with our clients, offering them command over the most advanced technology that addresses the needs of their projects.

Creativity and innovation: Our deep understanding of business processes in various industries allows us to face each challenge successfully.

Teamwork: We have a professional, talented and multidisciplinary team, which guarantees our commitment to ensuring the highest level of quality for all of the products we deliver.